The haven for owners of all generations of Honda Preludes

Figure it's time I make one of these.

Not much has happened since I got her. A few members were around to replace some non-critical components that were broken when I got her.

^The first day in my driveway. I purchased the car online from New York. Finding a 4WS model is a difficult task, let alone finding one with the goodies this has.

She also came with a non-4WS Si, who was intended for better things but fate decided otherwise.

I actually set to work on the red one first, which was to be my friend's. I try to help those in need. Three out of four of the brake calipers on this thing were seized. That was a pain to settle.

That's the friend the car was meant to go to. The poor car had been sitting in a field, and there was some sort of photosynthetic life growing on it. Took a power washer to get it off.

While the paint in the above photo looked decent, in reality once the water dries off it was sun-faded to shit. I put a bit of time and a lot of elbow grease into getting it restored as best I could 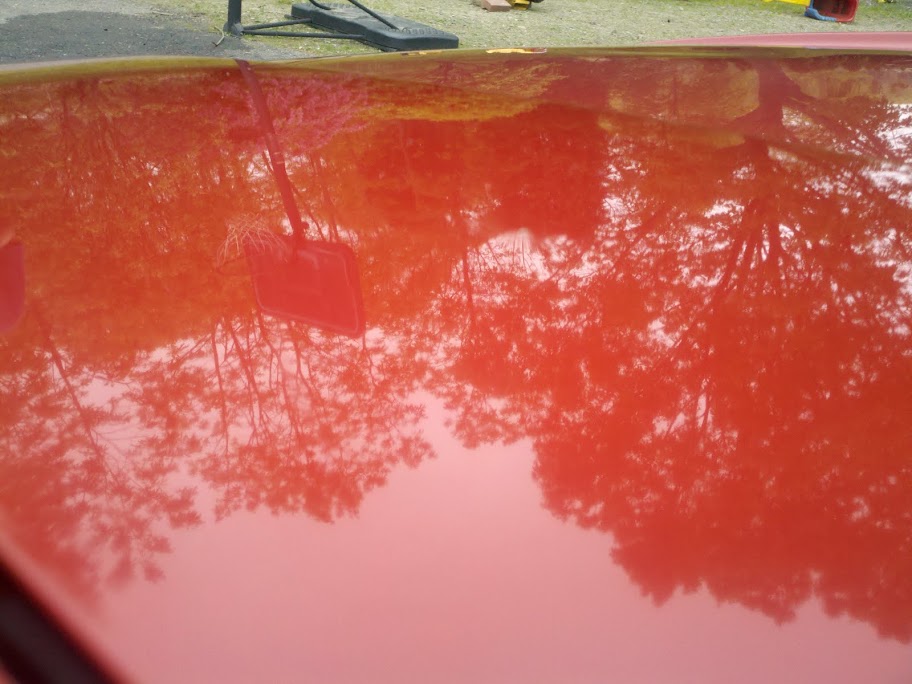 One of the many summer days I spent working on the red Prelude I discovered it had a Viper alarm system installed (get it!?)

So the red Prelude had a 2.1L engine in it, blown. Part of the original purchase deal was that I buy both cars, I get a good 2.0L Prelude engine for free.

Out with the old

and in with the new:

So with non-seized brakes and the engine installed, it got shipped off to my buddy's house... where his father junked it. FAIL.

With that project gone, I had time to start replacing those non-essentials I mentioned before.

Of course before I got to work there had to be a photo shoot with not-so-pristine cars. Some of you may remember that Eclipse.

So first thing first, I bought the car knowing the engine had rod knock. My plan was to open her up and if possible simply replace the bearings and baby the car until I could get a spare motor to build. Upon actually opening her up, I found a very unique piece in the engine.

Could that really be...? Why yes, it is! It is a custom two-piece crank shaft! Something like that was so rare that I don't think I could afford to lose it to normal engine wear and tear, so I had to take it out.

Here's an example of my great friends "helping" me replace that 2-piece crankshaft.

The next morning in the light...

So yes, replace the crankshaft with a refurbished unit with matched bearings, and at the same time did the water pump, oil pump, timing belt, and piston rings. Got her running after a few days of wondering why it was running like shit, I figured out that the timing belt was off by one tooth. Several attempts later, got the timing right and was finally able to drive it and enjoy 4WS.

For those of you who have never seen 4WS in action, it's absurd. Watch this:

Yea, that's one of the original advertisements.

Anyway this car is like nothing else on the road. Even though it's only a 140hp FWD car, it is an absolute blast to drive, and handles like a dream.

So after a while I got both bored and tired of the sun-fading on the hood, so I rattle canned it.

Yes, driveway style. No, it didn't really come out that great, but it isn't sunfaded anymore. This spring I'll be sanding the hood down and redoing it white to match the car.

So that was done in September, and it started getting cold so I left the car alone project wise. I did some small things, got the fog lights working, shampoo-ed (sp) the carpets, Rain-X'ed the windows etc etc

Then come December 13th, a very merry early Christmas! The car had some slotted and drilled rotors on it courtesy of the previous owner. It was brought to my attention that these items, while intended for performance use, were really just not that great quality. 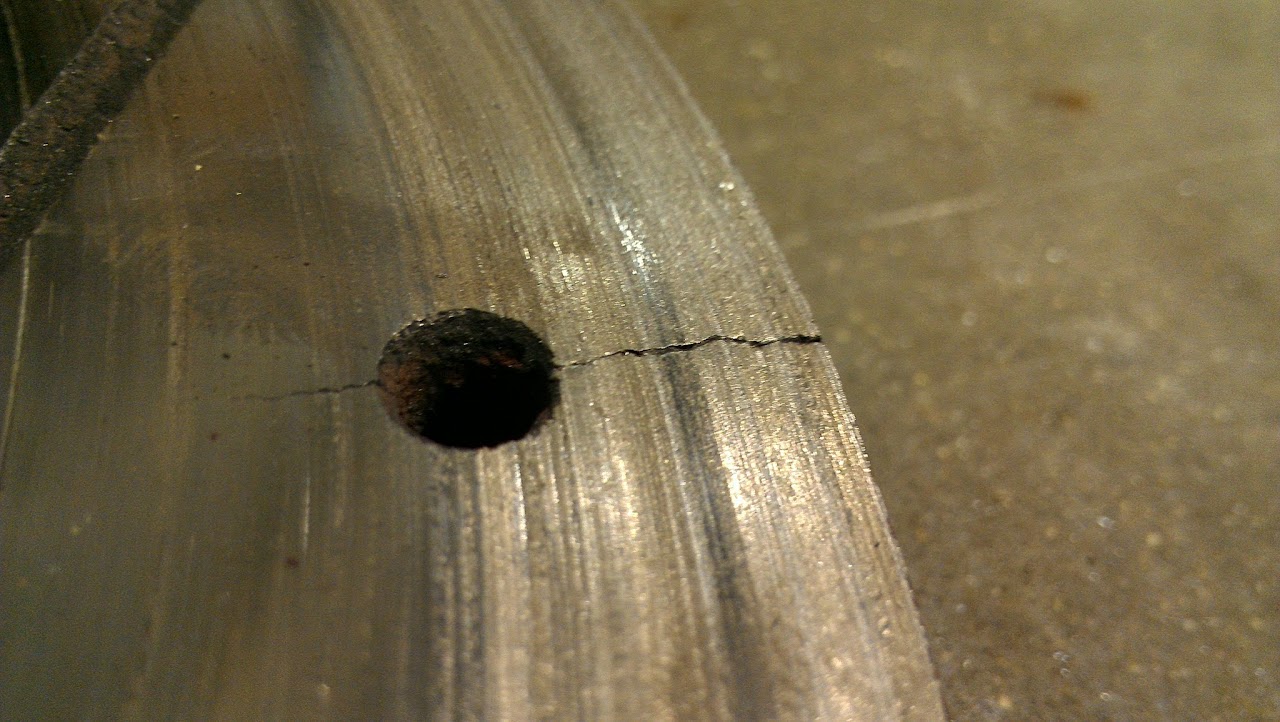 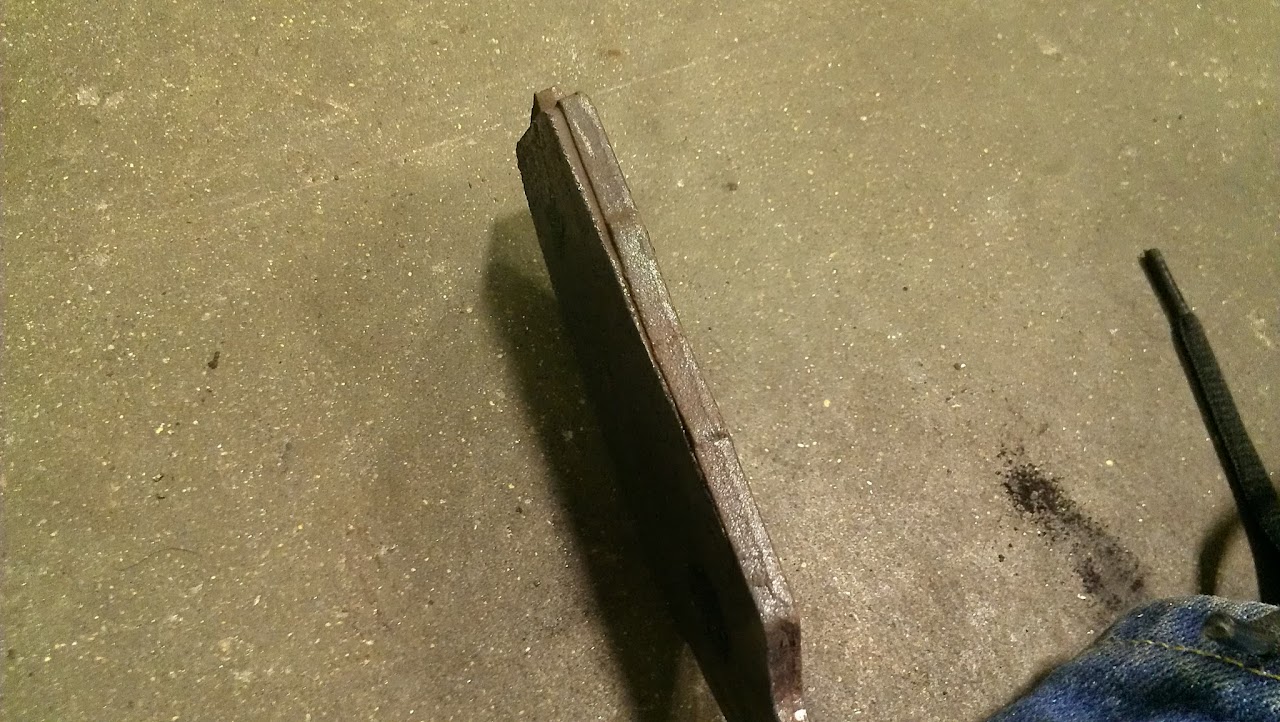 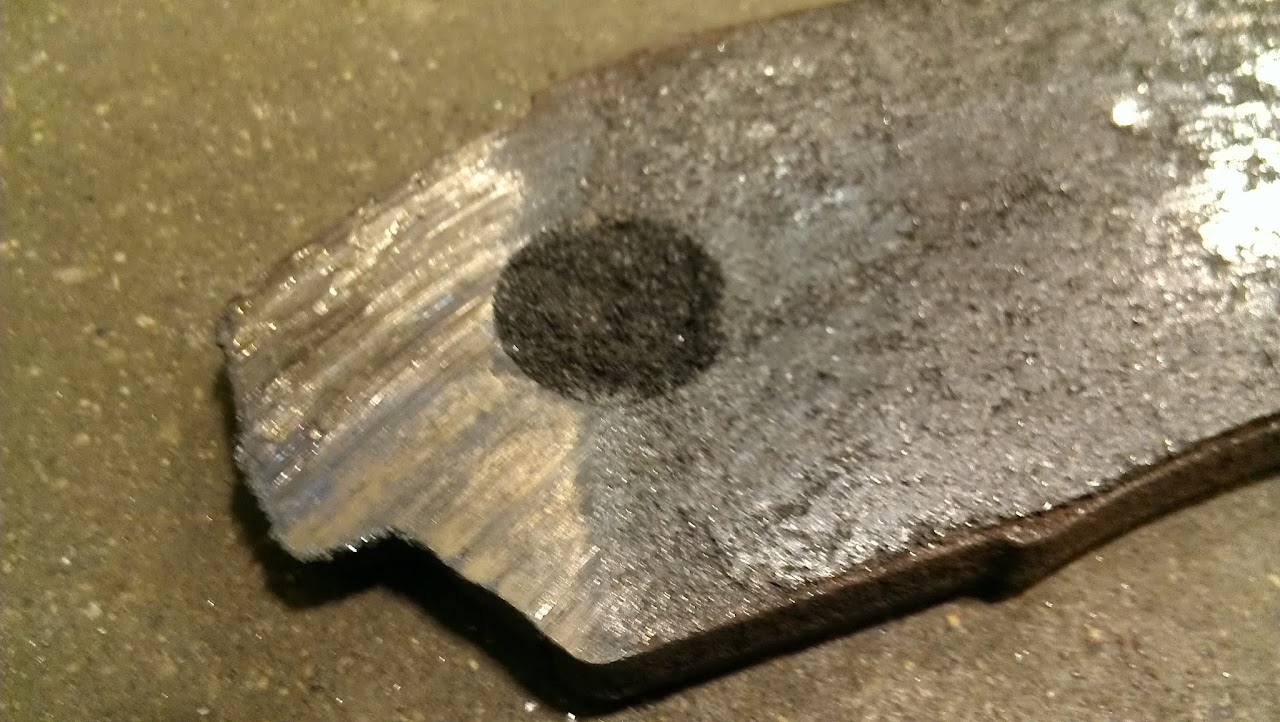 Thankfully I work at a car dealership and was able to have some "low quality" parts store blanks sent over, and some "low quality" autozone Duralast Gold brake pads. My last stroke of luck on that was that I was also able to use one of the lifts at work, saved me time and a lot of shivering outside. Moral of the story: friends don't let friends buy cheap-brand ebay parts.

More time passes, and we finally have what I was messing with tonight in the warmth of my [s]dungeon[/s] basement.

A couple of months ago The Retrofit Source had a "garage sale" because they moved to a new building. Because of this myself and others were able to pick up some HID projectors cheap. Today I received my $30 amazon.com clear-lens headlight housings, and got to work... breaking shit. First thing first in a projector retrofit, you need to remove the glass lens on the housing. This did not go well for me. 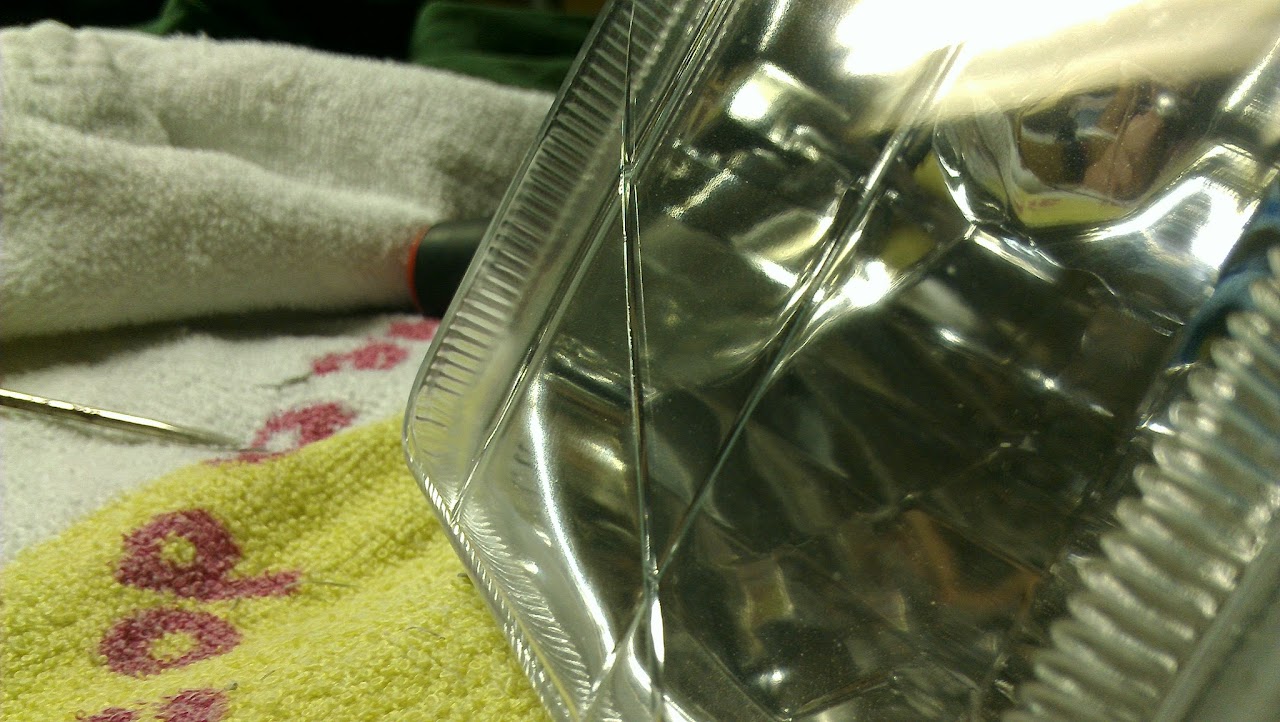 Everything after that is pretty easy provided you're handy with a dremel. 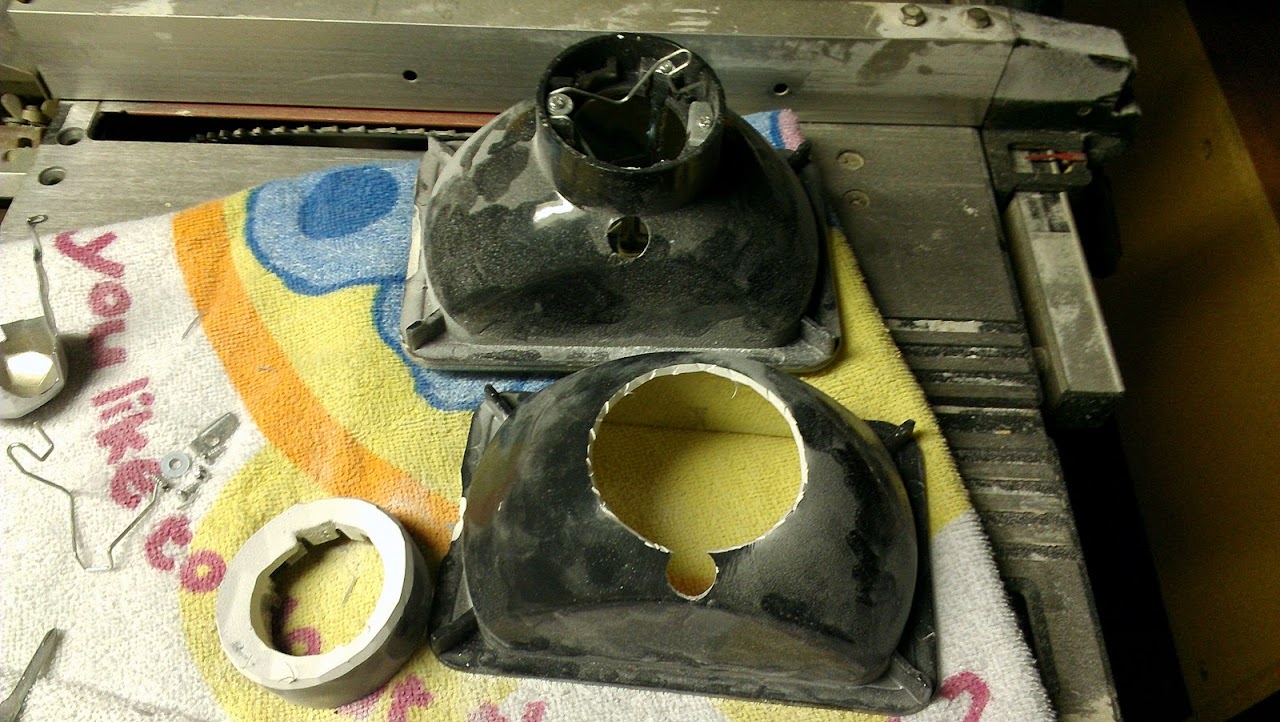 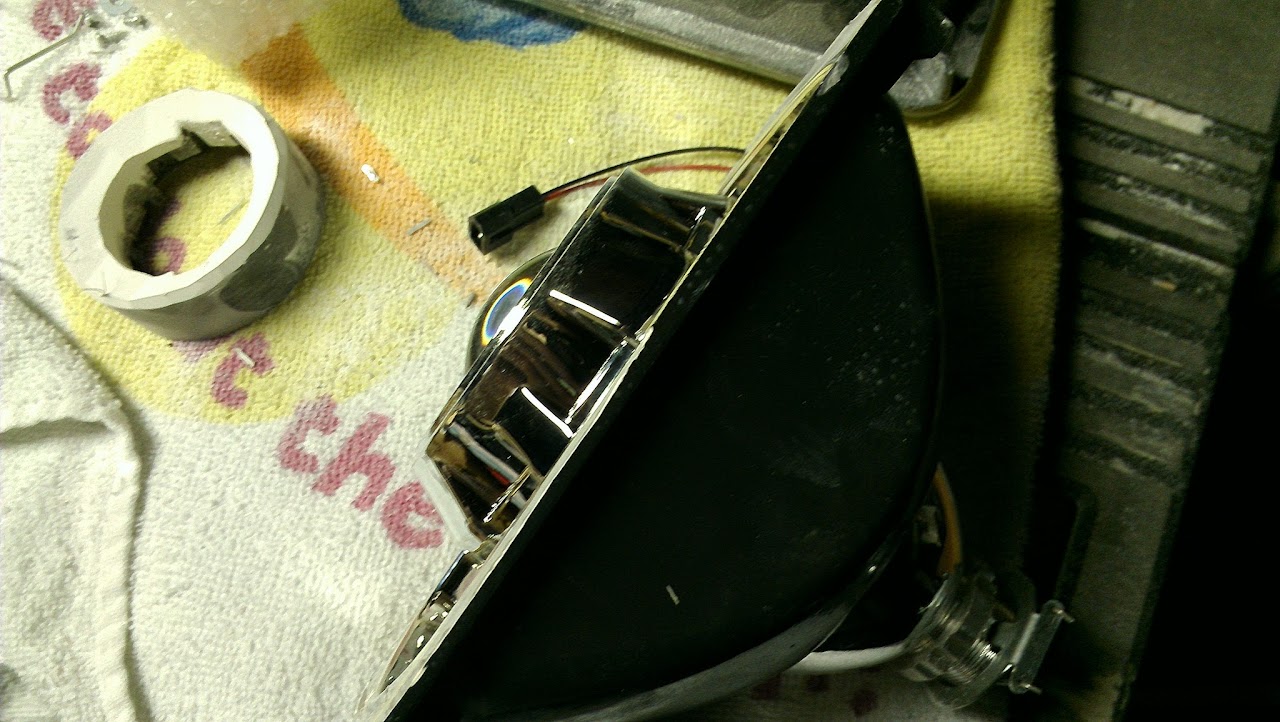 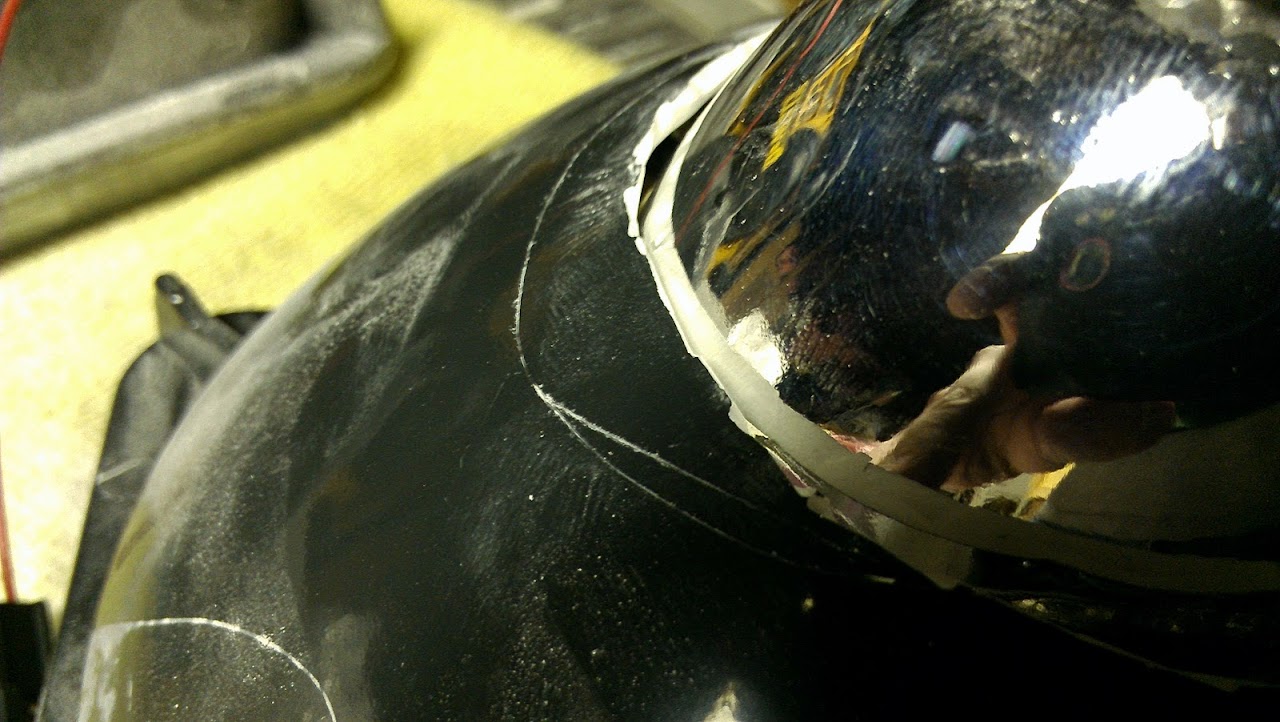 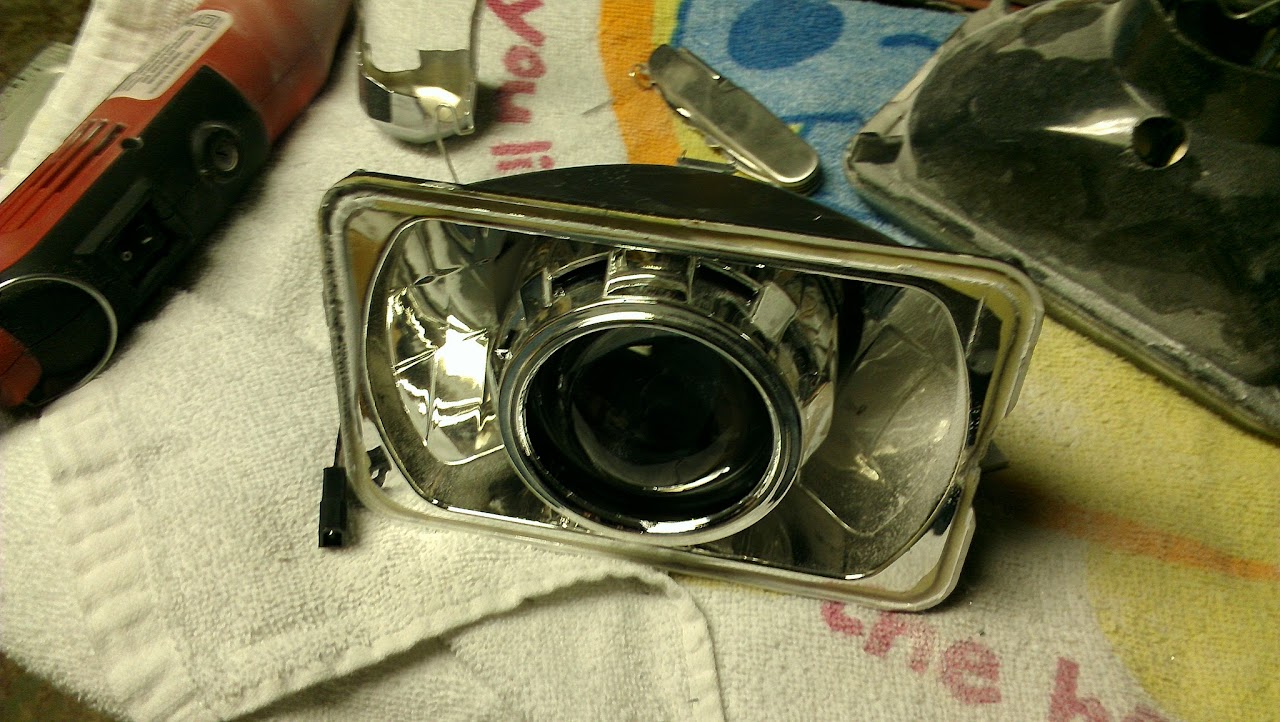 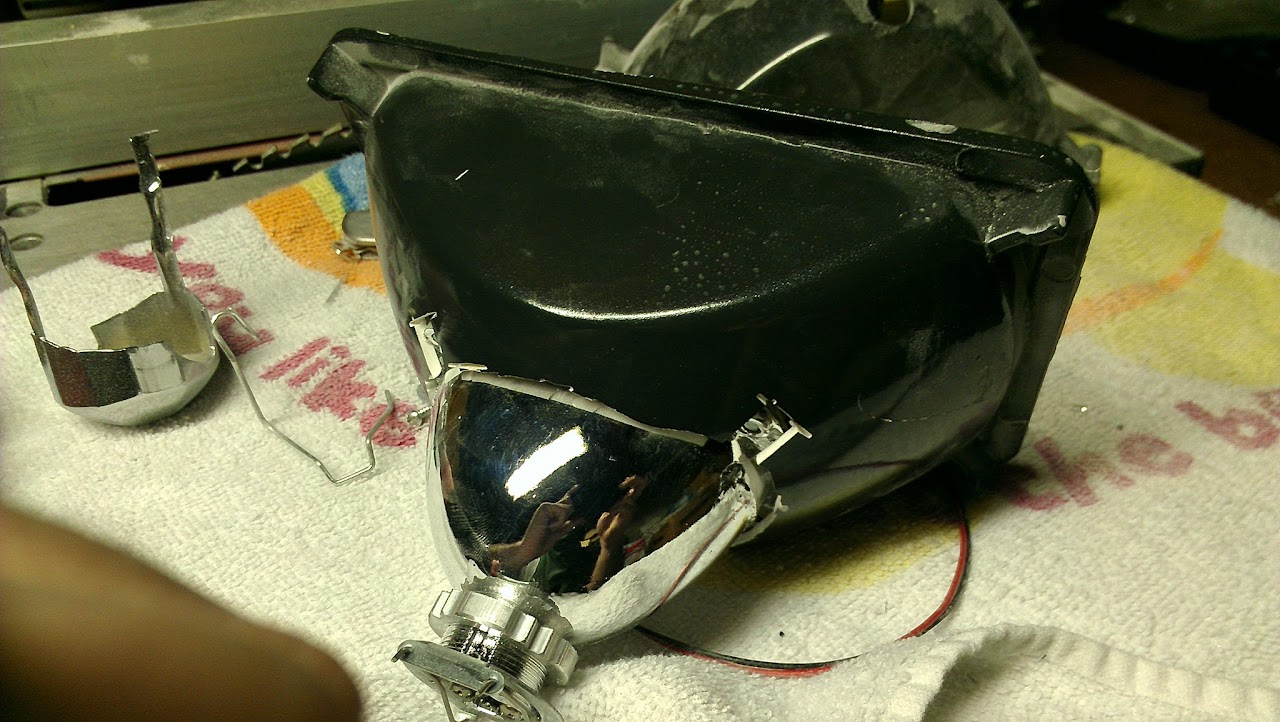 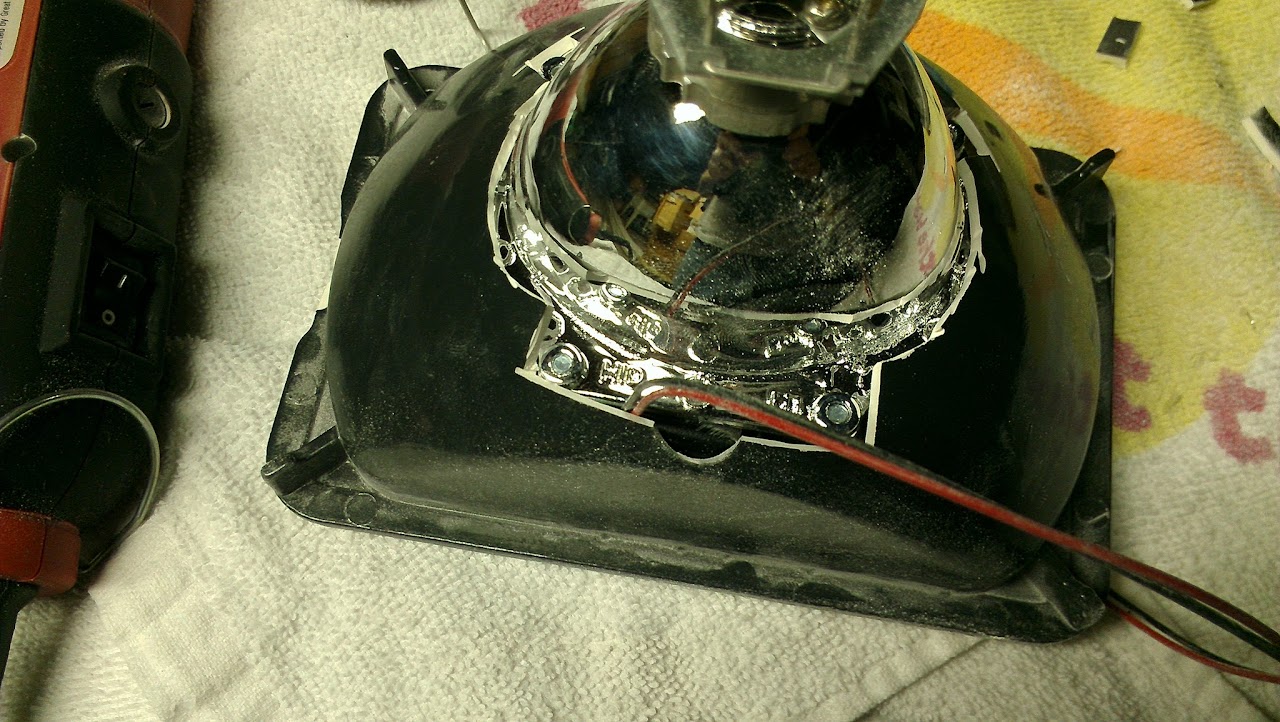 As it stands now, I need about half of a millimeter more clearance to be able to put the lens back on. By "put the lens back on" I of course mean "wait around until I feel like ordering another set of $30 headlights from amazon, and then take those apart.
_________________
XLII
Vitae, universum, et omnia
With great beard comes great responsibility.

Awesome, real shame about that red 3g.... reminded me a lot of my old one

It was starting to look like it would live again!